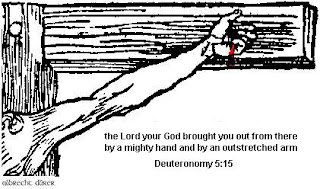 Now My soul is troubled, and what shall I say? 'Father, save Me from this hour'? But for this purpose I came to this hour. " John 12:27 (NKJV)
Holy Spirit, please help each of us recognize the purpose for which we have come.

Father, glorify Your name." Then a voice came from heaven, saying, "I have both glorified it and will glorify it again." John 12:28 (NKJV)
Father, help us to bring glory to your name.

Now is the judgment of this world; now the ruler of this world will be cast out. John 12:31 (NKJV)
Jesus, please help us recognize that there is a judgment coming.

And I, if I am lifted up from the earth, will draw all peoples to Myself." John 12:32 (NKJV)
Jesus, draw us to you and help us draw others to you.

"Blessed is the man who trusts in the LORD, and whose hope is the LORD. Jeremiah 17:7 (NKJV)
Jesus, you are my trust and hope.

For he shall be like a tree planted by the waters, which spreads out its roots by the river, and will not fear when heat comes; but its leaf will be green, and will not be anxious in the year of drought, nor will cease from yielding fruit. Jeremiah 17:8 (NKJV)
LORD, let my heart be a well-watered garden for you.

A Watered Garden, by W. B. Anderson, 1919
I have a precious memory. It is the memory of a garden that I happened upon one tired midsummer's morning, in the midst of a torrid plain in India. I was weary, and travel-stained, and thirsty, when over the drooping head of the horse, I saw a clump of trees on the far horizon. I hoped it might be a garden. It seemed ages until we should reach it. When we did arrive under the spreading branches of great mango trees, a cool zephyr, as grateful as the fanning of angels' wings, rippled over my parched cheeks. It was still early in the day, when, swinging myself wearily from the hard seat of the springless yekka, I walked straight into the heart of the garden, down the shady aisle of mango and loquat trees. Before dawn there had been a shower of rain, and now the gardener was running the clear, cool water from the irrigating well all about among trees and shrubs. Everywhere leaves were green and flowers were bright. Parrots circled through the cloudless blue, swung upon the swaying branches, calling merrily to one another. The air was ladened with the intoxicating odors of roses and jasmine. The fountain sparkled laughingly in the shaded center of the garden. I stooped to bathe my hands and face in the cool waters of the fountain's basin. Then, from its joyous spring I drank until satisfied. I sat for a few precious moments upon the marble edge of the fountain and reveled in the refreshment of a watered garden. The driver called, and I hurried out again across the stifling, heated plain. I had tarried for so short a time, but I was a new man. I carried away the song of the garden in my heart, and its echoes shall never die from my life.
I was making the same journey in another year. The road was more uninviting than before, the weather was hotter, and I was not only weary, but ill. But I had a memory! For hours I looked and longed for the place of the garden of refreshing. At last we came to the shade of its trees. Wearily and weakly, but eagerly, I climbed from the seat of the torturing, springless cart. With unsteady steps I entered the door of the garden. The trees were gray with dust. The flowers drooped in the heat. The little water courses were parched and dry. The fountain was stopped. My soul sank with weariness, and I turned away sick at heart to finish the torturing journey unrefreshed. At the door I met the gardener. I asked him why his garden languished so. He explained with guilty look that he had been absent attending to affairs of his own for a week. I asked him if the raja would not be vexed at the neglect of his garden. He explained that the raja had gone to the mountains for a month. Then I knew that the garden had been neglected because the master's orders had been disobeyed. He intended that every traveler might be refreshed; but his gardener had not been faithful.
I have a precious memory. It is a memory of a friend. Sin-stricken and weary, and far from God, I was traveling one day when I came into his life. His whole life was wet with the dews of Heaven; his garments were redolent with the odors of Paradise; he just breathed the very life of God. I sat and communed with him, and from within his life there flowed into mine rivers of living water. I walked with him through lovely avenues of restful shade in his friendship, and saw heavenly vistas, and drank from life-giving springs. I went out to my life renewed and refreshed. I was a new man, and there rang through all my being a song of the memory of that blessed life. All through eternity shall the echoes of that friendship call from peak to peak for me.
In time of need and anguish I came again to that friend. I ran to meet him as a shelter from my sore distress. I found him and entered into communion with him. But the fountains of his life seemed dried up. The refreshment seemed to have vanished. His own life seemed parched and drooping. His speech was as the speech of other men. I struggled back to my own life as I came. Later he told me that the King of his life was not being obeyed, and the garden of his heart was not being watered. The trees and the walks of his friendship were still there, but they no longer soothed and strengthened. The fountain of his friendship was still there, but its waters had been hushed. The King had intended that this garden, this life, should be kept perpetually refreshing for the souls of all who might come to it, but the King had not been obeyed, and the living water had not been kept flowing, and I went away unrefreshed.
Then I prayed, "Oh God, keep flowing into me, and within me, and from within me Thy rivers of living water for the health and joy of other men! Oh, King of life, make my life a watered garden!"

A Word Received: Look to me for growth and abundance.